The Mate 10 phones see the Chinese giant get on board with all the skinny-bezel tendency of 2017 while using its capacity in silicon layout to supposedly enhance AI-related performance. The main difference between the 2 phones is in display size and contour. The Mate 10 features a 5.9-inch 2560 x 1440 LCD whereas the Mate 10 Pro's screen is a 6-inch 2160 x 1080 OLED; both have compact, symmetrical bezels in the very top and bottom. The Pro feels just like the more compact phone, however, as a result of narrower 18:9 aspect ratio that it shares with a lot of this year's similarly sized "bezel-less" mobiles.

The regular Mate 10's sharper 16:9 display makes for an unusually proportioned device, albeit one that will probably do the job well for YouTube and other casual video watching -- it feels very wide from the hand, however also the blend of a huge, standard aspect ratio display with slim bezels lends a distinguishing heft. 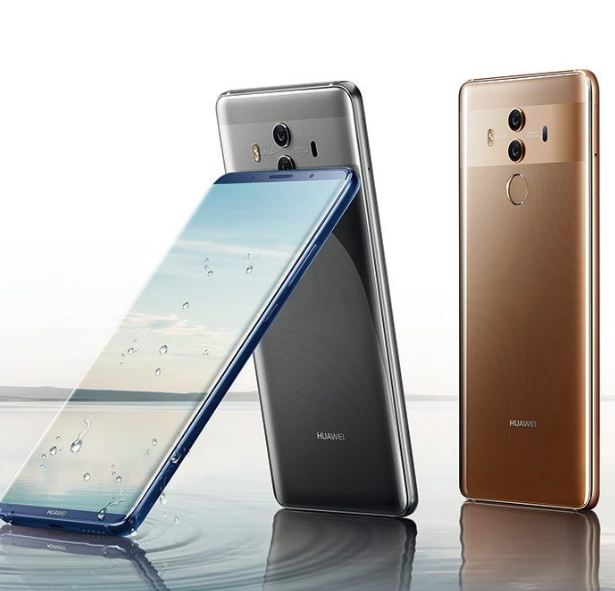 Both phones feature glossy glass construction and come in "mocha brown" or "pink gold," with added black and gold finishes to your Mate 10 and blue and grey colorways for the Pro. There is also a Porsche Design special edition Huawei Mate 10 Pro using a "diamond black" finish. The Mate 10 has been 8.2mm thick and contains a fingerprint detector below the display; the Pro is 7.9mm and has its fingerprint sensor around the back. The Pro features IP67 waterproofing as well as an IR blaster, while the Mate 10 gets a headphone jack and a microSD card slot ahead.

Beyond external gaps, both telephones are equally specced. They all include a Kirin 970 CPU, 4GB of RAM, a 4,000mAh battery, 64GB of storage, along with double cameras using f/1.6 lenses. That camera setup comprises a 20-megapixel color detector plus a secondary 12-megapixel monochrome sensor designed to collect extra luminance information and detail, as with all the P10 and other recent Huawei flagships. The Pro has an extra version with 6GB of RAM along with 128GB of storage, while the Porsche Design model comes with 6GB of RAM and ups the storage into 256GB.

Both phones use USB-C, as you would expect, and Huawei has developed a desktop docking option that is similar in concept to Samsung's DeX, which subsequently is similar in concept to Windows Continuum along with the Motorola Atrix and also a lot of other things that didn't work out. Huawei's spin does not need a dock, yet -- you can plug your phone directly into a monitor using a cable and hope to become about three hours of use in the desktop environment, which includes resizable windows and Office support. The system permits you to use your phone as normal while it's powering the larger monitor, and you will find privacy controls that allow you to stop notifications from popping up.

Huawei's final flagship, the P10, came with a few disappointing quirks, and the corporation's claims concerning the Mate 10 require that we reserve judgement even farther. On paper, however, Huawei's most recent are intriguing devices that take a great deal of potential.