When you think about a reverse phone, you're probably considering a very simple phone from a few years back that could set phone calls and possibly send a text or two. You probably are not thinking of a device just like ZTE's new Axon M, which will be a front-facing smartphone that happens to have not one, but two full blown displays. Oh yeah, and there is a hinge that joins the 2 screens, making the Axon M a reverse phone of types.

On the surface, the ZTE Axon M is a somewhat run-of-the-mill Android smartphone. Its front display is still really a 5.2-inch, 1080p panel, so it's last year's Qualcomm Snapdragon 821 chip, 4GB of RAM, along with also a 20-megapixel camera. However flip the phone above and there's the same 5.2-inch screen on the back, making the Axon M anything but run-of-the-mill. 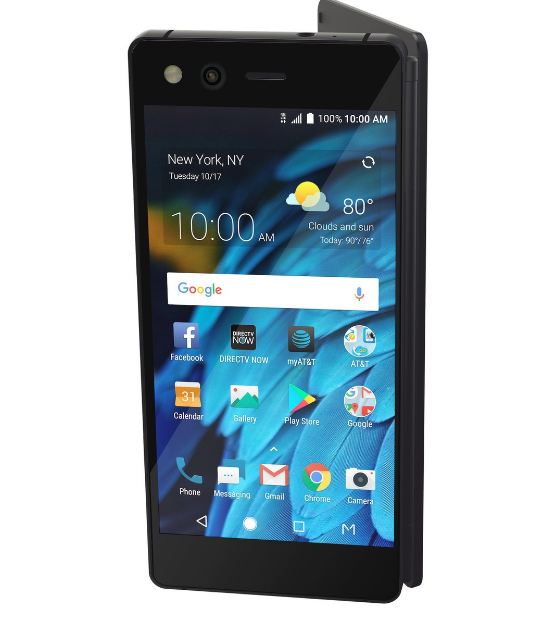 The M's hinge allows the back screen to flip ahead and slot right next to the main screen, creating an almost tablet sized canvas. You can extend the home screen and programs across the 2 screens for a larger working area, or you could run two unique apps at exactly the same period, one on each display. You may also "tent" the phone, and mirror the screens so two people can observe exactly the identical content at precisely the same moment.

ZTE states that it's using Android's default option split-screen characteristics to enable a number of the dual-screen functions, and it has made sure that the "top 100" Android programs work on the telephone. From the "extended" mode, which stretches one app across both screens, the tablet computer version of the app is introduced (provided there is one, that isn't always a guarantee using Android programs). It is even possible to stream video on both screens at the same time and switch the sound between those on the fly, which may be helpful if you want to see a sports game and YouTube in the identical time, I suppose.

Believe it or not, ZTE is not the first organization to try this kind of layout. The ill-fated Kyocera Echo out of 2011 needed a comparable dual-screen set up along with a hinge that let you put both screens side-by-side. It didn't offer a excellent user experience plus Kyocera never even published a successor. However, ZTE asserts that this idea is better now because phone processors are a great deal more effective and software features, such as Android's split-screen multitasking, so are better suited to take advantage of the unique form element.

If you keep the next display folded back against the telephone, you can use the Axon M just like any other smartphone. It has Gorilla Glass 5 to each screen, but you may wish to be careful how you're handling the apparatus, especially when you place it down, in order to prevent scratches to the back, and this, as I said, is an screen. ZTE states that the 3,180mAh battery is intended to give a full day's usage between costs, in spite of the next display using more juice than the typical phone might.

Those dual-screen capabilities come in an obvious price, however, since the Axon M is 12.1mm thick and weighs 230 grams. ZTE will initially be promoting the Axon M with AT&T at the US and Docomo in Japan and it is anticipated to be available before the close of the year. Though the business stresses that it isn't intended to be a replacement for your single-screen Axon 7, then it is going to be priced similarly to other smartphones.